How to choose LED grow lights–Step by Step

BBier lighting company has rich expirence in Led grow lights. We’ve been growing with and testing LED grow lights for more than 5 years.  In the past few years.  There has been a significant change in the LED grow light technology available and this has opened the flood gates for high quality, high powered LED grow lights on the market. 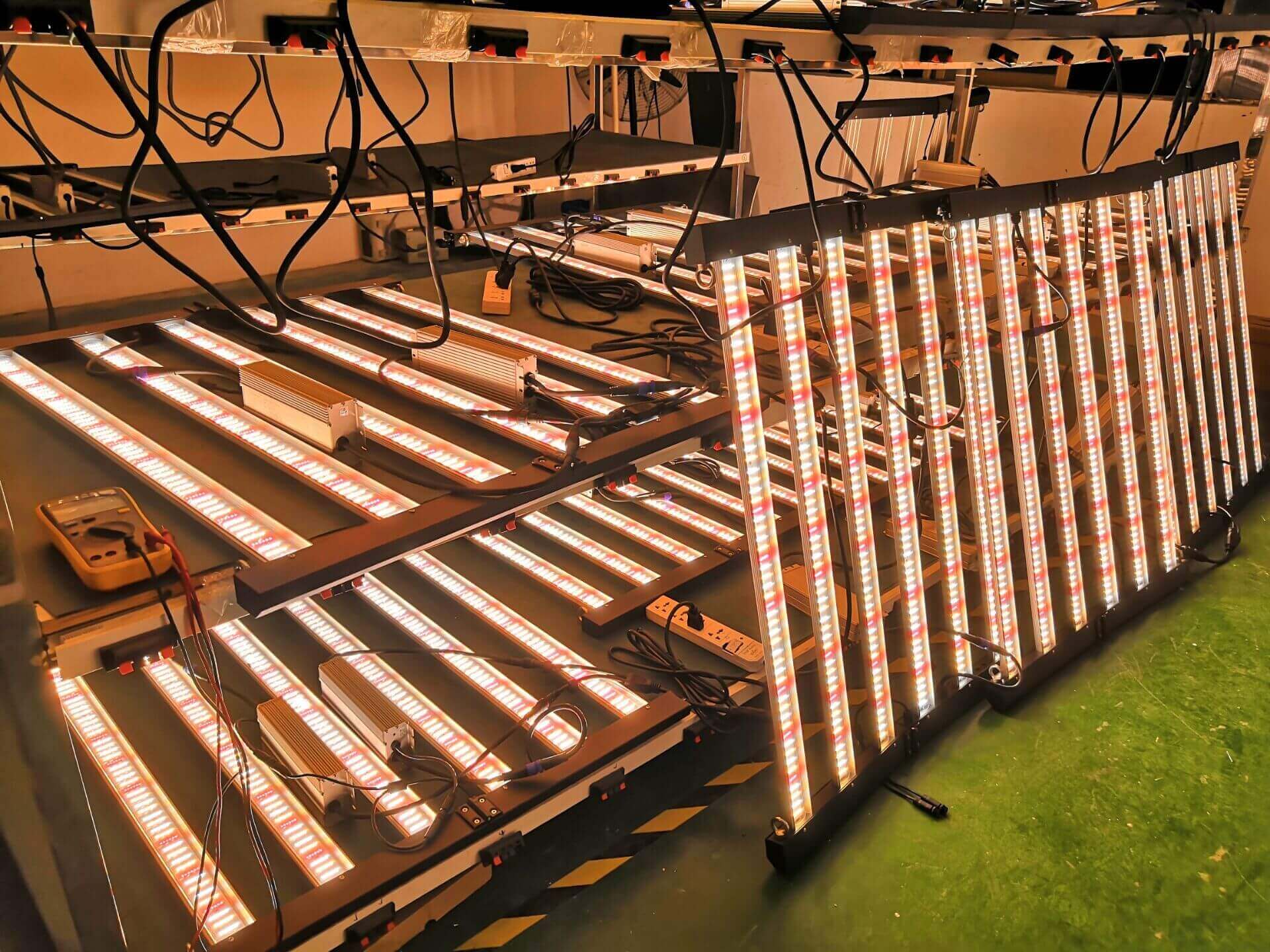 How to calculate LED wattage required to flower Cannabis plants

You might have heard or read the term “PAR” related to led grow lights, this is the actual measurement of the useable light spectrum produced by the LED. We can see LEDs get their efficacy from not converting as much energy into heat compared to incandescent bulbs. This means that more of the energy used by the LED grow light is converted to actual usable grow light.

This things start to get a little more complicated. Then you will need to know is “PPF”. It sounds like a Star Trek reference I know, but it just means the amount of light produced by a light source per second. This leads us right to another term. “PPFD” which stands for photosynthetic photon flux density. This is the measurement of how many photo synthetic photons fall on your plants surfaces per second.

How are you supposed to figure out how large of a LED grow light you need?

Well,  You could do the math which most people have no interest in doing it, or you can use this handy chart to estimate. The average LED grow light draws about 32 watts to cover 1 square foot for flowering cannabis. We’ll use flowering cannabis to calculate power requirements since the flowering stage requires significantly more power. A typical HID light would draw about 45 watts per square foot just for comparison.

What do they mean when they talk about full spectrum light?

Full spectrum lights are the wave lengths of light between 440 nm and 700 nm. Which includes ultraviolet and infrared. Cannabis plants use this whole spectrum to photosynthesize light into simple sugars. When purchasing a LED grow light system, you will find that the higher end systems are full spectrum. Be cautious when we investigate cheaper grow lights. As manufactures sometimes claim to be full spectrum, but they don’t provide IF and IR LED Chips in their units. 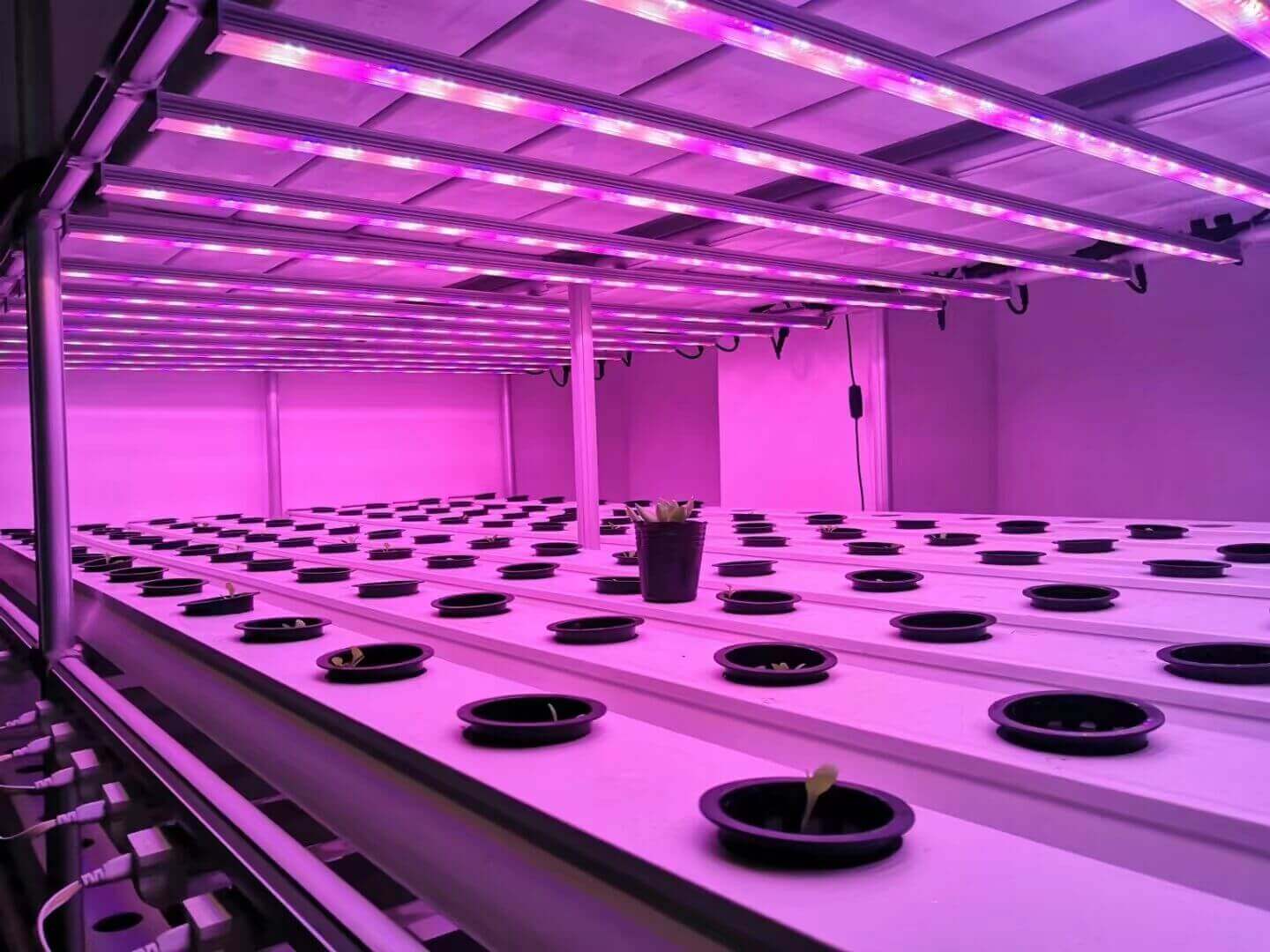 You can get away without ultraviolet and infrared. But this could leave your plants open to unwanted issues. Such as molds and mildews. Ultraviolet light is natures sterilizer, it’s even used to kill virus’s. When growing in a small area such as a grow tent it really is important to have ultraviolet to mitigate the risks of enclosed growing.

In Vegetation mode the grow light will use 40% less energy and use less red light. Because the vegetation doesn’t require as much energy as flowering a plant. As well flowering plants require more red light to grow fat health buds. When you’re ready to start flowering your plants just flip the operational mode over to flowering and you are done. No need to change light bulbs.

Managing Heat
It is true that LED grow lights produce about 40% less heat than traditional incandescent light bulbs. LEDs achieve this by producing only useful light spectrum for growing plants. It cuts out all the white light which greatly reduces the heat generated.

LEDs which is short for light emitting diodes and are solid state electronics. As with all electronics heat is the enemy. With LED grow lights excessive heat means ware on the electronics. LED chips that are normally rated for 50,000 or more hours can have their lifespan greatly reduced by overheating.

LED grow light manufactures engineer units with fans and heat syncs, which can dissipate heat greatly. Heat is drawn into aluminum heat syncs where cooler air drawn into the light unit and over the surfaces. This brings a great reduction in heat to the LED grow unit. The heat left over from the grow light is generally easily managed with simple ventilation of your grow area. 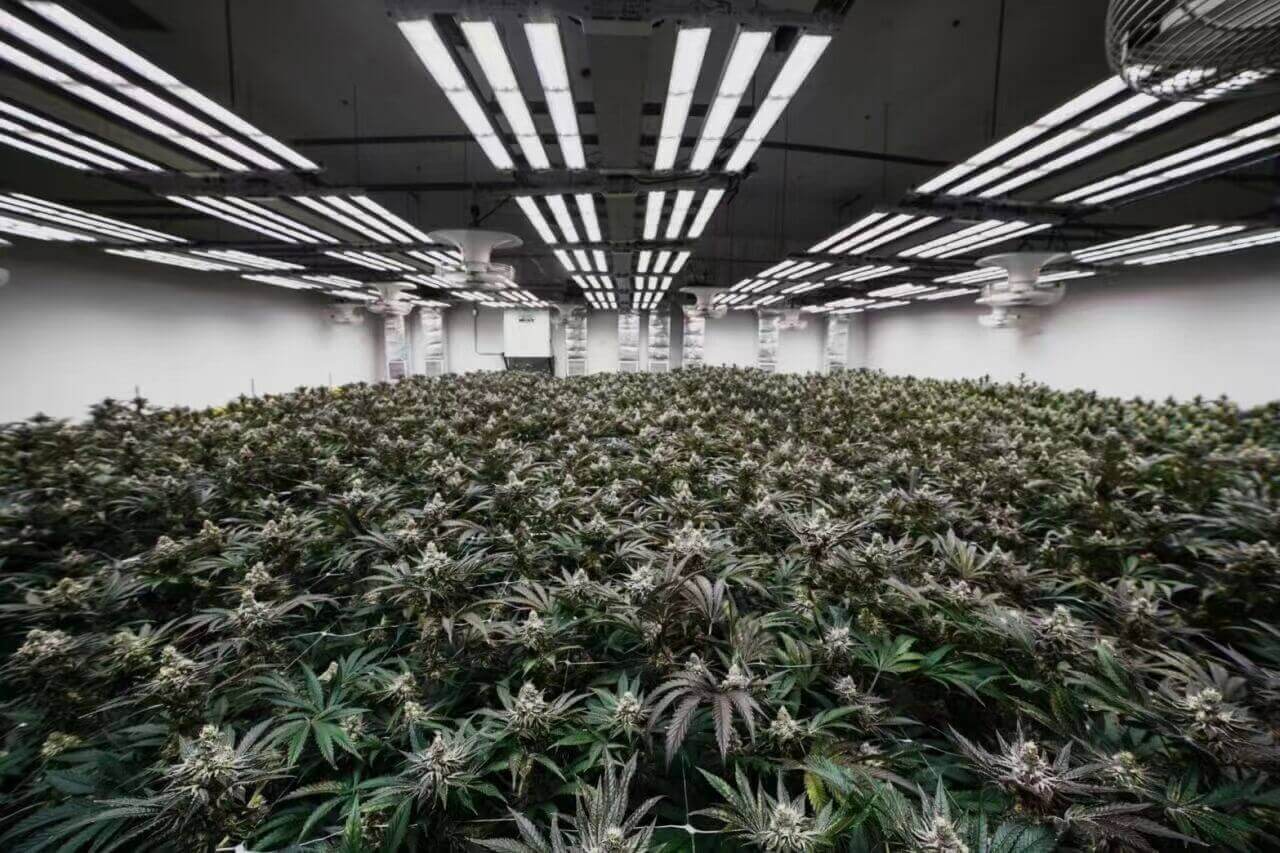 Spreading the light around your grow area
LED grow lights make use of lenses to direct light out of the LED structure and into plants. All LED’s have a primary lens to deal with this. Some manufactures add a secondary lens to their grow lights to direct the light into wider beams to create more coverage or into narrow beams to create more intensity.

Each time a lens is added in front of an LED the power of the LED is reduced by 8-10%. But the increase in efficacy for the plants great out ways the slight energy loss.

These optics are generally made of plastic or glass and tend to have a focus of between 90 and 120 degrees.

It is impossible that their lenses increase the intensity of light that is passed through them. The intensity can only be increased with more power .While the lenses decrease intensity by expanding the lights foot print or increasing intensity by reducing the foot print.

Is the cost of a LED Grow light worth the reward?
It is true that the upfront investment in a LED grow light is higher than a HPS (high pressure sodium) grow systems. The traditional HPS is just a fancy light bulb with a ballast to prevent flickering. The HPS system requires be replaced after about 6 months of continuous use. The HPS system also requires about 40% more electricity to function at full capacity. It is compared to a LED grow light on Flower mode.

LED’s have an expected performance life of 50,000 to 75,000 hours or 5.7 years of continuous operation. That’s a load of grows, couple that with the 40% decrease in electricity costs and you have a pretty easy answer. But the savings go further. Due to the lower operating temperature of an LED grow light your grow will require less environmental air conditioning. You will require less energy to manage the temperature and humidity inside your grow space.